Using probiotics in the diet of horses, cats, dogs and other companion animals is focused on preventing disease or gastrointestinal ailments. As humans live in close contact with companion animals, another concern with the gut microbiome is the transfer of pathogens. Knowledge of the microbiome of companion animals can therefore affect animal health, and the health of their owners.

Horses are herbivores, thus their microbiome is crucial in enabling them to extract nutrients from poorly digestible forage. When the gut microbiome is out of balance, this can have profound effects on horses’ health across many different domains. The equine microbiome can be broadly separated into two sections, the upper gut (including the stomach, jejunum and ileum), and lower gut (the caecum and colon). The microbiome in the upper gut is highly variable due to bacteria introduced from plant matter, while the lower gut microbiome composition is more stable.

The microbiome of horses appears to be quite fragile, and stressors such as abrupt dietary changes, transport, exercise and the use of antibiotics both modify the dominant microbes present in the equine gut and place the animal at risk of conditions such as colitis and colic. Research into the microbiome has shown that modifying the diet can produce certain fairly predictable changes to the microbes present in the equine gut. This potentially allows for the development of specialised diets designed to prevent undesirable changes to horses’ microbiome arising from competition, horse shows or illness. 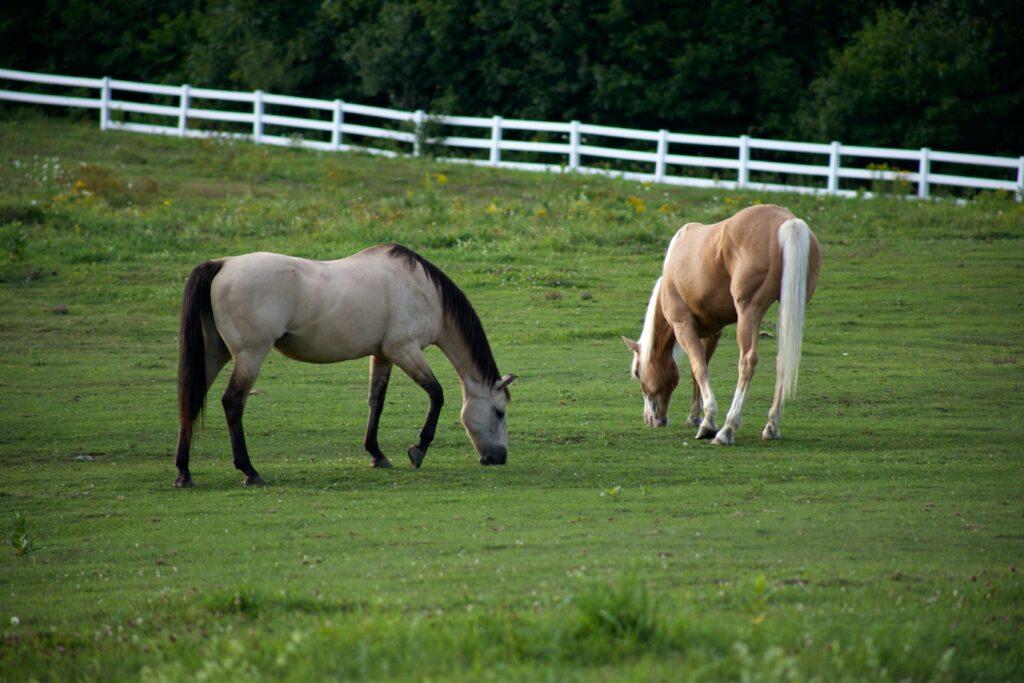 Microbiome analysis of cats and dogs

Dogs and cats are different species, but their gastrointestinal tracts are broadly similar and they are both carnivores, therefore there are similarities in their gut microbiomes. The canine and feline microbiome is associated with both acute and chronic gastrointestinal disease, as well as metabolic diseases such as obesity. Furthermore, the close interaction between companion animals and their owners means that horizontal transfer of microbes occurs. This means that pet owners generally have a greater microbiome diversity than people without pets, however there is also the possibility that pathogenic bacteria can be transferred to humans. It seems that the pet microbiome affects not only the health of pets but also their owners.

Diarrhoeal episodes in pets leads to lethargy, dehydration and anorexia, reducing quality of life for pets and increasing veterinary costs. Acute episodes of diarrhoea in cats and dogs causes certain characteristic changes in the gut microbiome. Both cats and dogs experiencing diarrhoea undergo a decrease in commensal bacteria such as Roseburia and Faecalibacterium, while Clostridia (a broad class of bacteria containing both beneficial and pathogenic bacteria) increase. In addition, changes to the gut microbiome in cats and dogs caused by antibiotics can lead to diarrhoea. These changes to the pet microbiome are also associated with functional changes such as a decrease in the concentration of short-chain fatty acids in faeces and changes in the immune system. It’s plausible that a prebiotic, probiotic or their combination could be used to return the feline or canine gut microbiome to an equilibrium, but more clinical research is needed.

Get in touch with our experts!

BaseClear offers dedicated solutions of microbiome analysis of horses, dogs, cats and other companion animals. Fill in the form below to get in touch with our experts to discuss your specific needs.