Commercial broiler breeds have arisen from extensive breeding programs to produce highly feed-efficient birds with traits that are amenable to intensive production. Interestingly, this genetic selection has produced several anatomical and physiological changes in the chickens’ digestive tracts. Their upper gut is more developed, with a heavier gizzard and proventriculus, while the intestines are shorter. The retention time of feed in the upper digestive tract is longer, allowing a greater amount of time for the food to be ground to finer particles, for digestive enzymes to break down feed and for nutrients to be absorbed. In contrast to breeding work, the microbiome is currently a relatively unexplored area of research into feed conversion efficiency in poultry. 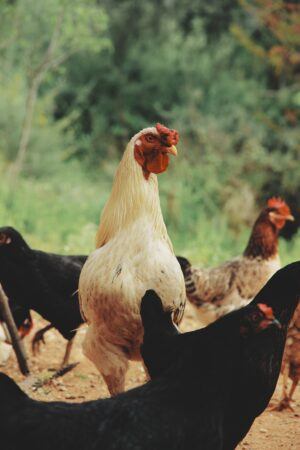 The gut microbiome of poultry potentially contributes to feed efficiency through several mechanisms. These include improvements in the health of the bird, and allowing the inclusion of feed ingredients that are lower cost but can be metabolised by the gut microbiome to improve nutrient availability. Chickens, in contrast to ruminants and swine, are fed a fairly refined diet that contains easily accessible nutrients. Historically, crude fibre intakes above 3% were considered to reduce voluntary feed intakes and reduce the feed’s digestibility. However, crude fibre is an inexpensive ingredient, and certain types have favourable effects on the gut microbiota that results in improvements in overall feed efficiency. The chicken microbiome could potentially be modified to increase the production of short chain fatty acids by gut bacteria, thereby increasing the harvestable energy of the feed.

In a feeding study using a combination of a probiotic and prebiotic (Bifidobacterium animalis ssp. animalis, Lactobacillus salivarius ssp. salivarius, and Enterococcus faecium, together with fructooligosaccharides), birds treated from hatching with the synbiotic showed lower mortality and improved feed conversion. Foot pad mortality, which affects animal welfare, food intake and thus weight gain, and selling price of the chickens, was reduced. Characteristic changes were seen the chicken microbiome that are associated with the production of short chain fatty acids in the gut, thereby increasing harvestable energy intake and modifying the gut pH to prevent diarrheal disease.

ANTIMICROBIAL RESISTANCE AND THE CHICKEN MICROBIOME

Antimicrobial resistance is one of the most pressing global health concerns and threatens our ability to easily treat simple infections in both humans and animals. While antibiotics help protect animal health and food safety, strategies are needed to help reduce the risk of on-farm drug resistance. Combating antimicrobial resistance requires a multi-pronged and coordinated approach across industries, and support from cutting-edge research.

One key strategy involves monitoring the persistence and spread of antibiotic resistance genes (ARG) among microorganisms, while unravelling the impact of ARG on the environment and animal and human health. This surveillance is also essential for assessing the impact of interventions which may positively modulate the ARG repertoire in the animal microbiome, such as changes in diet, alternative antibiotic regimens, and products which increase bacterial sensitivity to antibiotics.

Get in touch with our experts!

Aleksandrina Patyshakuliyeva is one of our PhD-level product managers. She did a PhD in fungal physiology at Westerdijk Institute, investigating plant biomass utilization by fungi. She has gained a lot of experience working as a postdoctoral researcher at Utrecht University, Wageningen University and NIOO-KNAW and was a visiting researcher in INRA, France and Helsinki University, Finland. During this time, her research centred on applications in sustainable food production, sustainable agriculture and bioremediation. She has explored production of extracellular enzymes, organic acids, siderophores, metabolic pathways and regulators controlling the microbial response to the substrates. 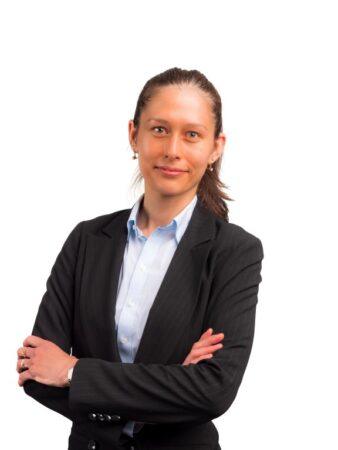