What’s in a name? Lactobacillus name changes and what it means for industry

Home » Blog » What’s in a name? Lactobacillus name changes and what it means for industry

Recently, a seismic shift occurred in the probiotics world when the entire Lactobacillus genus underwent reclassification and renaming. There were several very sensible reasons why this was done. The Lactobacilli had become a behemoth: the genus was one of the largest among the bacteria and consisted of microorganisms from diverse environments and with differing phenotypes, which caused communication confusion. In addition, new genome sequencing techniques allow a more reliable classification of microbes, and the current taxonomy of Lactobacillus  was considered to be highly irregular. Despite these practical advantages, the name change will have negative consequences for regulatory bodies, industry and the general public as we have to get used to the new names and the microorganisms that they represent.

The Lactobacillus genus was first described in 1901 by renowned Dutch microbiologist Beijerinck. By March 2020, the genus had grown to include 261 species. But how does that compare to other genera? In an analysis of publicly available bacterial genomes, 3525 species had been identified representing 853 genera. On average, each genus only contained 4 species. The genus with the largest number of species was Lactobacillus, or 5% of all genomes were classified. And the number of species in Lactobacillus was steadily rising each year as new species were discovered.

Lactobacillus is an important genus for human health since many types are found in the human microbiome. Lactobacilli are commercially important because they are used as starter cultures for various foods including yoghurt, cheese, sauerkraut and sourdough bread. Many probiotics contain various Lactobacillus species. An important part of the production of silage for animal feed is the reduction in pH by Lactobacillus. Some Lactobacillus species are spoilage microbes for beer and wine.

The reason for the large number of Lactobacillus species was due to its broad definition. The genus comprises bacteria that are rod-shaped and able to produce lactic acid from sugars. Based on these fairly open criteria, a wide range of different bacteria could be placed in the genus. Over the years, it had acquired a wide range of different microorganisms from diverse backgrounds that shared a commonality in form and metabolic activity. However, modern genomic analysis has given us further insights into how closely microorganisms are related. Accordingly, the genetic diversity in Lactobacillus was also found to be much higher than in other bacterial genera, or even families. A further consideration was the normal habitat of the Lactobacillus – some were adapted to the microbiome of certain animals and it made sense to have them grouped together.  Microbiologists found that this diversity meant it was difficult to discuss the genus in its entirety.

The origins of the name change 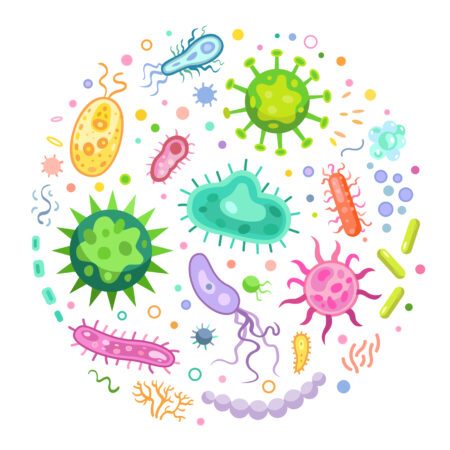 The move to reclassify Lactobacillus started in 2018 when Salvetti and co-workers published a comparative genomics analysis showing that the entire genus could be subdivided into 10 new genera that reflect how closely individual species are related to one another. However, there were concerns that this reclassification would not be far-reaching enough given the economic, medical and scientific importance of Lactobacillus, and that another reclassification would be needed in the not-so-distant future. An international group of scientists convened to make additional recommendations regarding the most practical approach to be taken.

The name changes are expected to have an impact across academia, industry, regulatory institutions, and medicine. Even consumers may be affected. While the new taxonomy does not alter the microbes’ characteristics, meaning current safety assessments are still valid, changing names requires many changes in documentation, databases and other tools that use Lactobacillus species names. Documentation including strain databases, production documents, product dossiers and product packaging will all need to be revised. For example, the probiotic bacterium formerly known as Lactobacillus casei has been renamed to Lacticaseibacillus casei – a small change, but one that could be puzzling for the end-user, and also requires more space to print on a label.

“The Lactobacillus name change project will have far-reaching consequences, both positive and negative, for everyone working with these important microbes,” says Adalberto Costessi, Product Manager Genomics & Regulatory Affairs. “In the short term, a pragmatic approach is needed from all parties involved.”

The European Food Safety Authority (EFSA) has issued a guidance document for affected species in its Qualified Presumption of Safety list. Microorganisms on this list are presumed to be safe after a thorough review has been performed. Before the taxonomic changes, 37 Lactobacillus on the list were reclassified. Information about each species will be transferred to the new name and both names will be retained. Likewise, the Food and Drug Administration (FDA) will take a lenient approach towards potential regulatory hassles from the name change, according to Bartos and Wong.

For scientists, the updated taxonomy will help future research efforts as similar microorganisms are now grouped together in a more logical way. However, prior research that looked at the Lactobacillus genus as a whole will be difficult to interpret now. For example, how can human microbiome studies that found a change in Lactobacillus species due to a certain intervention be used going forward? Clearly, it will take a few years to transition to the new nomenclature.

The characterisation of Lactobacillus-like microorganisms is now more meaningful, as it is clustered along shared genotypic and phenotypic characteristics. Once we get used to it, the new taxonomy will improve our understanding of Lactobacillus and the communities that they exist in.