SSPACE-LongRead is a stand-alone program for scaffolding pre-assembled contigs using long reads (e.g. PacBio RS reads). Using the long read information, contigs (or scaffolds) are placed in the right order and orientation in so-called super-scaffolds. The SSPACE-LongRead hybrid assembly approach has been tested on a number of bacterial genomes and in most cases results in less than 10 super-scaffolds (numbers based on draft assemblies constructed with one Illumina MiSeq paired-end and one PacBio RS C2 SMRT library, both at 100X coverage).

The manuscript has been published in BMC Bioinformatics. For citations refer to:

In principal the basic version of SSPACE-LongRead is free for academics, upgrades are available against a small additional fee. Commercial users need in any case to pay for a license, the exact fee depends on the size of the institution (number of employees) and the type of usage (R&D or commercial services). For more information about licenses and premium packages please contact us at info@baseclear.com.

Walter Pirovano (PhD) is the Director of the Product Development department and a member of the BaseClear Management Team. He supervises our team of excellent product managers with expertise in the field of microbiome analysis, microbial genomics, regulatory affairs, bioinformatics and (far) beyond. 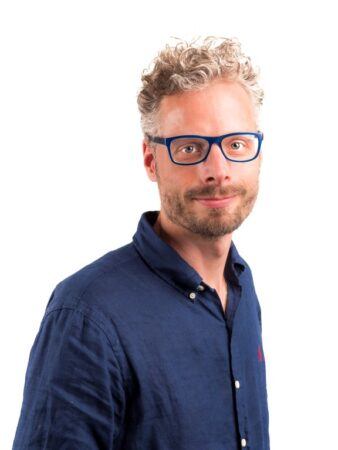