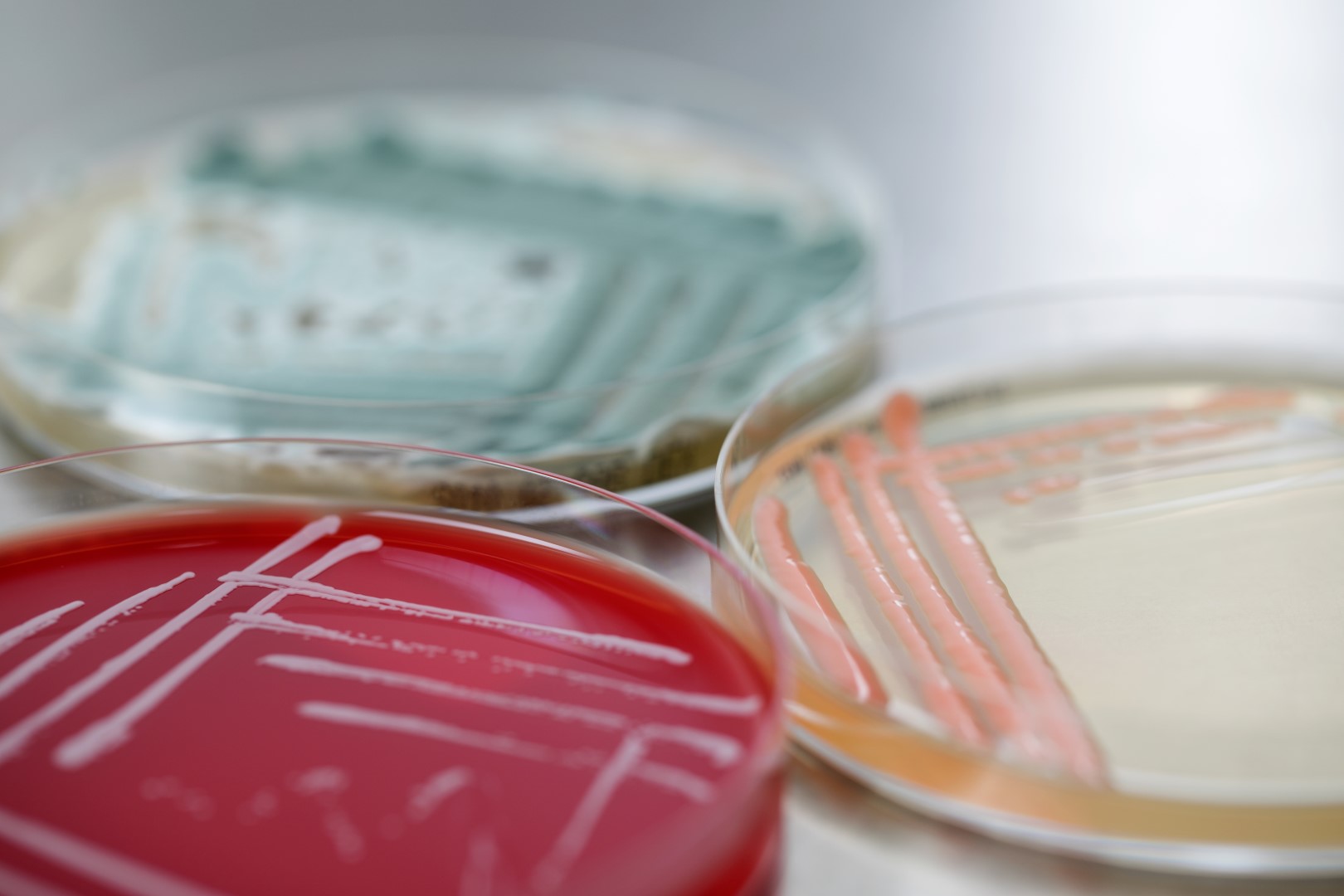 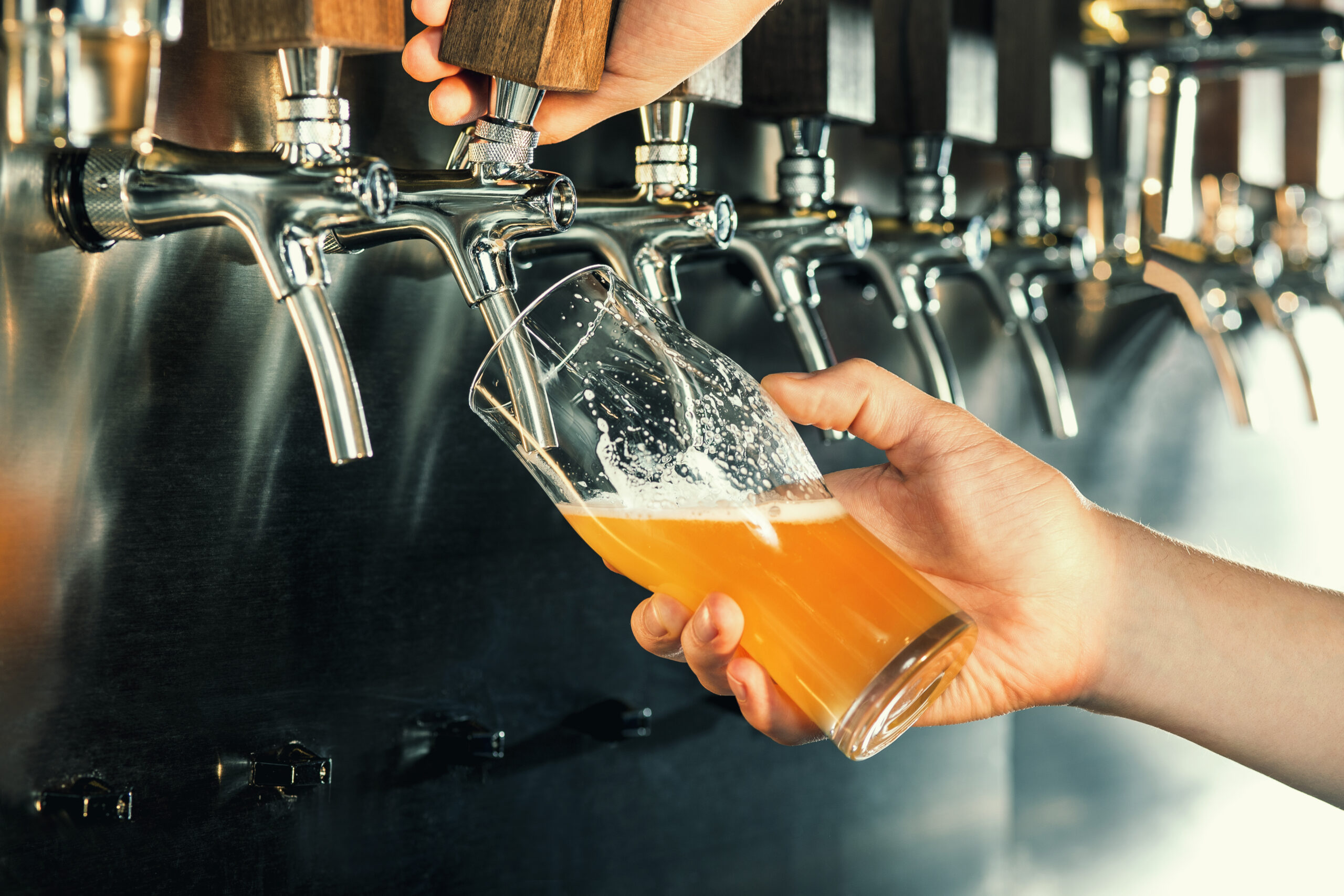 Many everyday products are made with the use of microorganisms in an industrial fermentation process. Foods such as bread and yoghurt make use of industrially produced yeast and lactic acid bacteria. The processing of many foods uses food enzymes made by microbes. Both primary and secondary metabolites from microbes are common products from fermentation processes. Primary metabolites can include ethanol in alcoholic drinks and as a biofuel, the food processing aid citric acid, and amino acids. Pharmaceutical products made by microbes such as antibiotics and other medicines are examples of secondary metabolites.

The microbial genomics toolbox that has been developed over the past years can complement industrial fermentation processes through each step of the product development pipeline. The genome of production organisms contains the genes required to make the innumerable fermentation-based products. Through genomics, we can effectively monitor industrial fermentation. 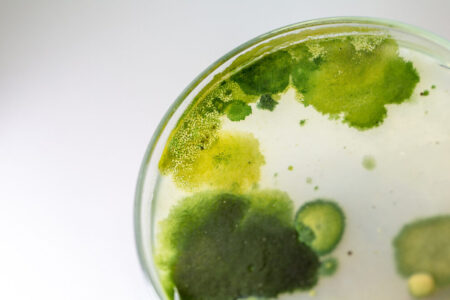 The microbial strain sits at the heart of industrial fermentation. The genetic information contained within production strains is of utmost importance. During strain discovery, screening and selection, genotypic information helps to select for desirable traits in potential production strains. In silico  screening is now a standard part of large strain improvement programs. When the genetic basis of interesting properties is known, such as the specific gene for a particular enzyme, this information can be used to accelerate the strain selection process. Additionally and crucial for product safety and regulatory approval is the absence of genes associated with antibiotic resistance and the production of toxins, which can be confirmed by genotyping. These characteristics can be included in the strain selection procedures to avoid issues later on.

Strain improvement through classical and genetic modification can be guided by genomics. New strain variants produced by random mutagenesis can be genotyped to determine which differences with the host strain have resulted in improvements in strain characteristics. Knowledge of biosynthetic pathways present in the production strain can be used to guide genetic modifications that improve productivity.

Once the master and working cell banks have been developed, genomics can help confirm the identity and stability of these precious production strains. Contaminants present in low concentrations in cell banks can disrupt the production process and lead to failed batches, yet be difficult to pick up using standard culture-based methods. Even if the culture is pure, cell banks can contain sub-variants of the same organism with a lower productivity. Genomics offers a method to confirm that cell banks contain the right organisms. 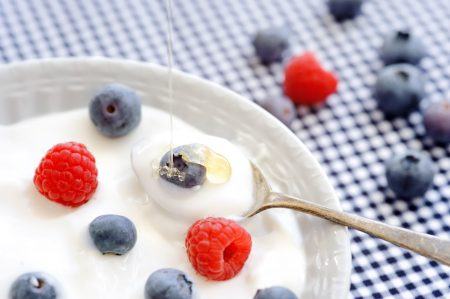 During the fermentation phase, microbial genomics provides insights into the process in terms of genetic purity and stability. The genetic stability of production organisms during the fermentation period of active growth is required by regulatory bodies for safety reasons, in particular for genetically modified production organisms used for food and animal feed applications in the European Union. Plasmid copy number and the absence of errors introduced into the genome due to rapid replication are important for production yield.

Genomic analyses can be conducted on fermentation samples at different levels depending on the information needed. Analyses conducted at loci altered by genetic modifications and genome-wide confirm retention of inserted genes, plasmid copy number and unexpected chromosomal rearrangement or deletions. The analyses can provide an explanation for declines in production yield during fermentation, which can aid in strain improvement. For fermentation processes that use mixed culture, stability of the community can be investigated easily using genomics.

In addition, contaminant testing via classical microbiology has several drawbacks that can be overcome with genomic analyses. One is the time needed: culture-based techniques have a long incubation time to identify pathogens. A 24-hour incubation time is standard to allow time for microbes to be visible on agar plates, however slow-growing microbes may need longer to be seen. An additional incubation time is needed to identify the contaminant. In addition, contaminants with a similar colony morphology are difficult to differentiate from the production strain. There are also certain limits to the concentration of contaminants that can be identified. Genomics analyses can be set up to allow faster signalling and rapid identification of contaminants. Troubleshooting during persistent contamination events can also be conducted more efficiently with genomics, facilitating root-cause analyses.

After the main fermentation has taken place, genomic analyses are useful for the next processing steps. Depending on the product, Quality Control and batch release procedures may require strain characterization or proof that the final product does not contain DNA from genetically modified organisms. In addition, genomics can allow for the selection for phenotypic characteristics that can be beneficial in downstream processing steps. 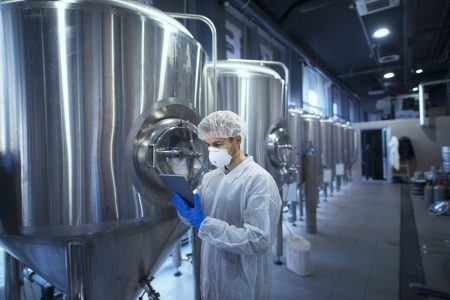 Genomics can help to ensure the safety of microbes used in the food chain, and is part of the regulatory approval process. A complete genome is nowadays an integral part of the safety assessment of microbes used to make food and feed ingredients, which is conducted by regulatory authorities. Whole genome sequencing is used to identify the strain. Regulatory approval for microbes used in the food chain requires their genomic characterisation. Confirmation of the absence of undesirable traits such as antibiotic resistance, production of antimicrobials and toxic components, and pathogenicity traits. Genetically modified strains need to be supported by data showing their genetic stability in the intended process. Production strains containing mobile elements such as plasmids require special genomic analyses due to their ease of horizontal transfer to the environment.

Genomic analysis is now an almost essential part of protecting industrial fermentation processes with patents. Companies can claim freedom to operate for production processes via the use of patented processes containing microbes. As the genome of these microbes comprises the inventive part of the patent, whole genome sequencing is required during application.

For applications where the product is a microorganism, such as yoghurt starter cultures and probiotics, it is relatively simple to obtain a sample of different commercial products and screen for genes that are considered useful. Then, the genome of in-house strain collections can be screened in silico to find similar genes to convey desired phenotypes. This approach was taken in a recent analysis of commercial brewer’s yeast strains (Gallone et al., 2016). Large-scale phenotyping and genotyping of 157 industrial Saccharomyces cerevisiae strains used to make beer was conducted. The results could show that genes for stress tolerance, sugar utilisation and flavour production featured strongly in the industry strains, and can provide input for selection of strains to meet certain conditions.

The genomics toolbox for industrial fermentation

There are many genomic techniques available to improve industrial fermentation processes. 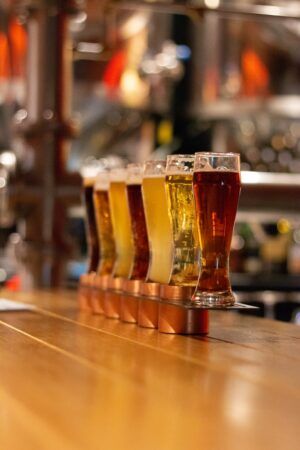 Ivan Valdes Barrera is the fungal genomics expert within the Product Manager team, and clearly likes a challenge. With expertise in both the laboratory and bioinformatics, he’s enjoying the fast pace and dynamic environment he finds at BaseClear. “I never stop learning in my job. It’s great to have such a wide variety of different projects. I’m really happy with the opportunities to apply my skills and knowledge to support clients in getting the most value out of their research.“ 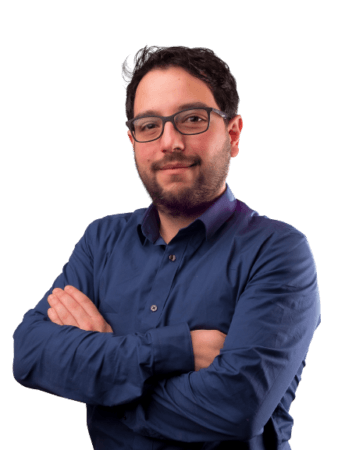