Who owns a gene? Biological diversity, microbes and the Nagoya Protocol

Home » Blog » Who owns a gene? Biological diversity, microbes and the Nagoya Protocol

Just like water and minerals, the world’s biodiversity is a natural resource and unique to many countries. Biological diversity is important for society in many ways: economic, ecological, recreational, cultural and scientific activities rely on biodiversity. While plants and animals are the most obvious sources of biodiversity, microorganisms are an integral part of ecosystems and actually make up a largely untapped genetic resource. Various industries use the genetic diversity found in microbes for novel medicines and natural compounds, for industrial processes, to produce enzymes, for waste-water treatment and for food production. The introduction of the Nagoya Protocol* in 2010 has had a large impact on how industry works with genetic biodiversity.

In recognition of the commercial potential and value of biodiversity, the Nagoya Protocol was adopted in 2010 to clarify the legal situation and provide transparency for users and providers of genetic resources. After coming into effect in 2014, it has been ratified by 128 countries. The Protocol has three main aims:

The Nagoya protocol requires countries to put legislation in place regarding how biological diversity is accessed and shared with others, including how benefits are to be shared amongst different parties. It establishes a “sovereign right” to genetic resources, that is, each country has a right to fully utilize the resources found in their country. 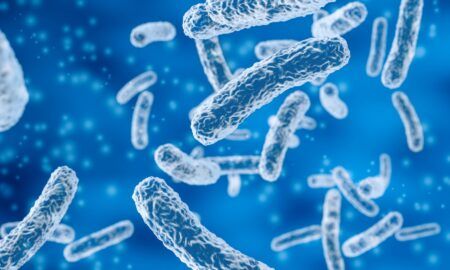 What does this mean for users of “genetic resources” from microorganisms?

As Derek Butler, Commercial Director at BaseClear, explains “The Nagoya Protocol affects the way-of-working for biotech companies doing biological mining of microbial strain collections. The origin of the strain affects the way it may be used.”

The Nagoya protocol makes it clear what is required going forwards. The difficulties arise from the responsible use of large strain collections found in government, industry, research and commercial strain banks. For example, Hurtado-Ortiz and co-workers at the Institut Pasteur, which houses the largest bacterial strain depository in France, reported that around one third of the 15,000 strains in their bacterial strain collection did not contain essential information including the date and location of collection. This information is needed to prove that legacy strains have been obtained prior to the implementation of the Nagoya Protocol. When the Institut Pasteur workers attempted to contact providers of the strains for the missing information, three quarters were able to be contacted and could provide information about when and where the strain was collected. Uncertainty regarding a strain’s collection date could hamper their use.

The future of microbial genetic resources with the Nagoya Protocol

A seismic shift has occurred in response to the Nagoya Protocol. Users of microbial genetic resources must now consider the origin of their strains and how that may impact their use in future. In addition to careful assessment of the potential benefits of strains, companies, academia and government must implement careful documentation and strain collection procedures to ensure that they remain in compliance with the regulations. The onus is on the end-user to check that the Nagoya Protocol is being adhered to.

For BaseClear, this has led to an increase in demand for their strain characterisation services. “In response to the Nagoya Protocol, biotech companies are looking build their strain collections with microorganisms that are 100% compliant with the Nagoya Protocol” says Butler. “These new strains selected from a documented origin with full consent and mutual agreements put in place are undergoing genomic testing to unlock their potential.”

The Nagoya Protocol has provided a needed legal framework to guide the collection, use and sharing of benefits of genetic resources. While there have been challenges for industry, the Protocol will ultimately help to preserve biodiversity and help safeguard them for future generations.

*The full name is: Nagoya Protocol on Access to Genetic Resources and the Fair and Equitable Sharing of Benefits Arising from Their Utilization.